Entered into a strategic collaboration with Roche to develop allogeneic CAR-T cell therapies for hematological indications; received upfront payment and achieved the first clinical milestone of

Roche transaction and public offering, with net proceeds of , executed concurrently in third quarter extend cash runway based upon current plans into at least mid-2024 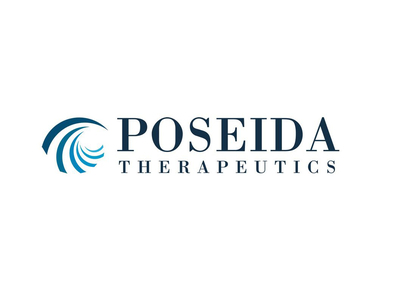 "Throughout the quarter we have advanced our wholly-owned and partnered portfolios of cell and gene therapies for patients with cancer and rare diseases. Despite macro-economic and market challenges facing our industry, we continue to focus on executing on our top priorities," said , Chief Executive Officer of . "We are excited about our collaborations with Takeda and Roche, which have already begun to deliver as we achieved our first clinical milestone under the Roche collaboration. In addition, we are advancing our fully allogeneic CAR-T portfolio and look forward to sharing initial data from both the BCMA and MUC1-C programs soon.  While we remain encouraged by the results in our autologous P-PSMA-101 program, we have stopped enrollment in the Phase 1 trial and deprioritized this program as we believe that our allogeneic platform is the key to unlocking the promise of cell therapies."

MUC1-C Program
P-MUC1C-ALLO1 is an allogeneic CAR-T product candidate targeting solid tumors derived from epithelial cells, including breast and ovarian cancers. is currently evaluating P-MUC1C-ALLO1 in a Phase 1 clinical trial and plans to share an initial early clinical data update on the program at the (ESMO I-O) 2022 Annual Congress, which is taking place in and online in .

BCMA Program
P-BCMA-ALLO1 is an allogeneic CAR-T product candidate targeting relapsed refractory multiple myeloma partnered with Roche. is currently evaluating P-BCMA-ALLO1 in a Phase 1 clinical trial and plans to share an initial early clinical data update on the program at ESMO I-O, which is taking place in and online in .

Autologous PSMA Program
P-PSMA-101 is a solid tumor autologous CAR-T product candidate targeting prostate-specific membrane antigen, or PSMA, being developed to treat patients with metastatic castrate-resistant prostate cancer and salivary gland carcinoma. The Company has been evaluating P-PSMA-101 in a Phase 1 trial, however, has made the strategic decision to stop further enrollment. The clinical data from the Phase 1 trial is still being collected and analyzed and will be utilized to inform other solid tumor allogeneic programs, including the Company's preclinical allogeneic program, P-PSMA-ALLO1.

OTC Program
P-OTC-101 is an in vivo program for the treatment of urea cycle disease caused by congenital mutations in the ornithine transcarbamylase (OTC) gene. The Company is developing the P-OTC-101 program utilizing a hybrid delivery system and working on an updated timeline for the program.

FVIII Program
The Company is advancing its P-FVIII-101 program partnered with Takeda, which is in development for the in vivo treatment of Hemophilia A. P-FVIII-101 utilizes piggyBac gene modification delivered via lipid nanoparticle that has demonstrated stable and sustained Factor VIII expression in animal models. The Company plans to present preclinical data from this program at the 64th (ASH) Annual Meeting and Exposition being held in and online in .

Financial Results for the Third Quarter 2022
Revenues
Revenues were for the three months ended , and for the nine months ended , consisting of revenue earned from the collaboration and license agreement with Takeda that the Company entered into in the fourth quarter of 2021 and the Roche Collaboration Agreement which became effective in the third quarter of 2022, compared to no revenues for the same periods in 2021.

Research and Development Expenses
Research and development expenses were for the three months ended , compared to for the same period in 2021. The increase was primarily due to an increase in personnel expenses as a result of increased headcount, which included an increase in stock-based compensation expense, offset by the wind-down of the Company's P-BCMA-101 autologous program as the Company transitions to the allogeneic program.

For the nine months ended September 30, 2022, research and development expenses were , compared to for the same period in 2021. The increase was primarily due to an increase in personnel expenses as a result of increased headcount, which included an increase in stock-based compensation expense and an increase in overall active clinical programs offset by the wind-down of the Company's P-BCMA-101 autologous program as the Company transitions to the allogeneic program.

Financing and Cash Position
In , announced the closing of an underwritten public offering of 23,000,000 shares of its common stock for total net proceeds of .

In the third quarter, the Company announced the Roche collaboration, which included a upfront payment and of expected near term milestones. In Q3 2022, the Company earned the first of those milestones, totaling , which is classified in accounts receivable as of .

As of , the Company's cash, cash equivalents and short-term investments balance was .0 million excluding the milestone that was earned and not yet received as of . expects that its cash, cash equivalents and short-term investments together with the remaining near-term milestones and other payments from Roche will be sufficient to fund operations into at least mid-2024.

About
is a clinical-stage biopharmaceutical company advancing differentiated cell and gene therapies with the capacity to cure certain cancers and rare diseases. The Company's pipeline includes allogeneic CAR-T cell therapy product candidates for both solid and liquid tumors as well as in vivo gene therapy product candidates that address patient populations with high unmet medical need. approach to cell and gene therapies is based on its proprietary genetic editing platforms, including its non-viral Super piggyBac® DNA Delivery System, Cas-CLOVER™ Site-Specific Gene Editing System and nanoparticle and hybrid gene delivery technologies. The Company has formed global strategic collaborations with Roche and Takeda to unlock the promise of cell and gene therapies for patients. Learn more at www.poseida.com and connect with Poseida on Twitter and LinkedIn.

Forward-Looking Statements
Statements contained in this press release regarding matters that are not historical facts are "forward-looking statements" within the meaning of the Private Securities Litigation Reform Act of 1995. Such forward-looking statements include statements regarding, among other things, expected timing and plans with respect to clinical trials, including timing of clinical data updates; statements regarding potential fees, milestone and other payments may receive pursuant to its collaboration agreements; the potential benefits of technology platforms and product candidates; plans and strategy with respect to developing its technologies and product candidates; and ability to prioritize and utilize its resources efficiently and expected benefits from any such prioritization. Because such statements are subject to risks and uncertainties, actual results may differ materially from those expressed or implied by such forward-looking statements. These forward-looking statements are based upon current expectations and involve assumptions that may never materialize or may prove to be incorrect. Actual results could differ materially from those anticipated in such forward-looking statements as a result of various risks and uncertainties, which include, without limitation, reliance on third parties for various aspects of its business; risks and uncertainties associated with development and regulatory approval of novel product candidates in the biopharmaceutical industry; ability to retain key scientific or management personnel; and the other risks described in filings with the . All forward-looking statements contained in this press release speak only as of the date on which they were made. undertakes no obligation to update such statements to reflect events that occur or circumstances that exist after the date on which they were made, except as required by law.